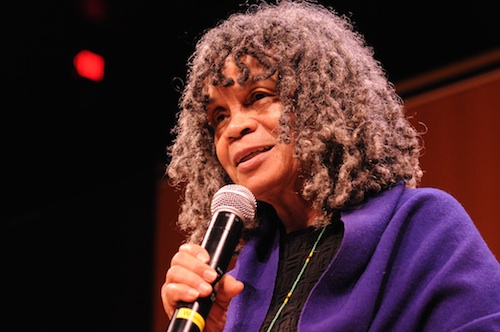 The poet, scholar, social activist and architect of the Black Arts Movement with “razor blades in her teeth” lights up the big screen with words and music. This recently released film from Barbara Attie, Janet Goldwater and Sabrina Schmidt Gordon premiered at the prestigious Full Frame Festival in April and was awarded the Audience Award for Documentary at the 2015 BlackStar Film Festival.