Food Note:
Everything I Know
by Deborah Rudman

Deborah Rudman reflects on her years in Philly as an urban homesteader, sharing insight into how growing your own food can be a form of community building and social justice.

Everything I know about urban homesteading I have learned from the great citizens of Philadelphia—my friends and neighbors. This knowledge and practice has improved my own physical and mental health while contributing to the community and the environment as a whole. As an urban homesteader, I pay attention to the changing seasons, the patterns of nature, the beauty of its colors and tastes.

When I was a young child, my Mom taught me to read but not to cook. As an asthmatic with allergies, I was sick all of the time and had no clue that all of the processed food I was eating only made the problem worse. In the 60’s, Antibiotics were the new miracle treatment for whatever ailed me. My immune system suffered. As an adult, I began saving to buy a house by biking to work and making my lunch. As a result, I experimented with healthy recipes and learned from the talented cooks in Philly.

Recently, I’ve loved finding out about the value of weeds from local foragers. It amazes me that weeds can also remove toxins from the soil. For instance, purslane grows wild and has omega 3’s! (You can thicken your stew with it.) I’ve been making a refreshing Summer iced tea from lemon balm, bee balm, sage, peppermint, lavender, and red clover. If you grow greens, save the stalks from the broccoli and the stems from collards and kale to make juice. I’ll save oregano for the Winter—it can really clear lung congestion. Don’t you love that the ends of leeks, scallions, and carrot tops make a good vegetable stock? It will never cease to amaze me that by composting all my vegetable waste, I reduce half the amount of garbage I leave on the curb and I have this beautiful rich soil to add back to the garden for the Fall crop after Spring growth has depleted it.

Although the knowledge of growing and preparing food has been passed down over the centuries, modern politics complicate and degrade the cycles of nature. Consider the heavy implications of corrupted food politics with agribusiness factory farm GMO invasion and poisonous pesticide oppression along with the looming international water crisis and food insecurity. In our throw away culture of Big Oil, corporate lobbying, and wealth disparity, the spirit of our country lies festering in a landfill of fast-food plastic. As a result, our bodies are suffering from diabetes & high blood pressure. Hell, I thought I’d be dead at 25 from a nuclear explosion. Global Warming may seem slower than a bomb, but its looming doom and gloom is truly upon us. In the new millennium I found myself still alive past 35 not able to sleep at night worrying that my PECO bill payment supported nuclear power. What to do? Stop paying my bills and taxes?

I decided a better option was to use the power of my pocketbook toward renewable energy with solar electricity. At the time there were Pennsylvania Sunshine Grants available. That course of action followed naturally from working with the concerned and pro-active members of my community.

We participate in sustainable practices on our own stoops, connecting each other to available resources to build the local economy, protect green-space, and fight for food justice.

When my husband and I bought a property, I was able to get involved in the local community garden. I got plugged in to a great network of gardening neighbors and creative people who were willing to share their wealth of experience and their overgrown native perennials to get me started.

After a few years of practicing with beneficial flowers, I wanted to learn to grow food. I attended neighborhood meetings and found out about a new program called City Harvest. The City Harvest program is a collaborative partnership for gardening that addresses institutional rehabilitation, community integration, and improved nutrition. For instance, through the “Roots To Re-Entry” initiative, prison inmates work with neighborhood gardens to grow produce that will be distributed to local food cupboards across Philadelphia. As a Community Media Maker, I was able to document the progress of the program while learning to grow vegetables.

For our Front Yard Garden project, we got our block involved in cleaning up our corner and secured permission from the owner to make it a garden for growing vegetables. We gathered everyone for a watershed management meeting with the Green City Streets program to see what was possible, since there is so much concrete and we are very near the river. (Flooding is a real problem especially with a very old sewer system built over what were originally creeks.) Before we began growing food in raised beds we tested the soil and planted sunflowers which aerated under the surface. Their large roots occupied what had once been the basement of a candy factory—or was it a candle factory that burned down? Maybe both! So the story goes…We hooked up a rain barrel system from a half dozen houses’ downspouts and pumped it over the street into a garden holding tank so the city busses going by wouldn’t keep squashing our hoses. We started discovering lots of nice worms, lady bugs, a beautiful garden spider, a snake, and a praying mantis. While cleaning up the lot there was always trash accumulating and it attracted sleazy night-time activity. By the time we were ready to build the garden, the last rat was caught by a hawk as witnessed firsthand by my husband—no lie! A sight to behold and an auspicious sign of prosperity. We planted an asparagus bed for good luck too, knowing we had to be there a few years before harvesting.

For four beautiful years, we were able to grow food on that corner. The Front Yard garden attracted new life and generated joy. The angle of light was perfect for growing food and we donated thousands of pounds to the local HIV health clinic. Beautifying that corner also attracted development, and the land was unfortunately sold to build cheap and ugly overpriced housing. As much as we lamented its loss, I believe we would do it all over again and it would be well worth the effort. So that's what we're doing—only this time we own the land. My husband found a piece of land with an old house that really needs work, so up go the solar panels. We are researching how to install radiant heat. There aren’t renewable energy incentives in our state anymore but at least the cost of materials has come down. Meanwhile, we can start farming the land and have already put in a Fall crop. We call it Port Kensington as it is on the border of two neighborhoods. There is certainly plenty of need for fresh vegetables in the area. The bees are living there first while we fix the place up. Yes, we really need the bees, folks. We can plant an Asian pear tree behind the hives (because we’ll still be there in five years). Once again, I am learning from the local urban beekeepers. Everyone has an opinion based on valuable experience and here in Philly, you know they are not too shy to share it.

I admire my current neighbors' foresight in protecting the neighborhood park—it is truly the heart of Northern Liberties. They have been an extraordinary example and have supported the City Harvest efforts from the inception of the program through these interim years between Front Yard and Port Kensington, for which I am especially grateful. I’ll have to be sure to come down for the Saturday morning weeders club at Liberty Lands. We won’t be moving that much farther North. Isn’t it all really Kensington anyway? (Only a Philly transplant would say that, yo.) 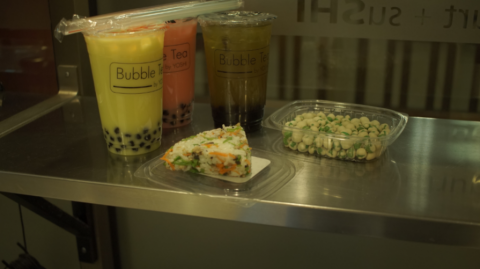