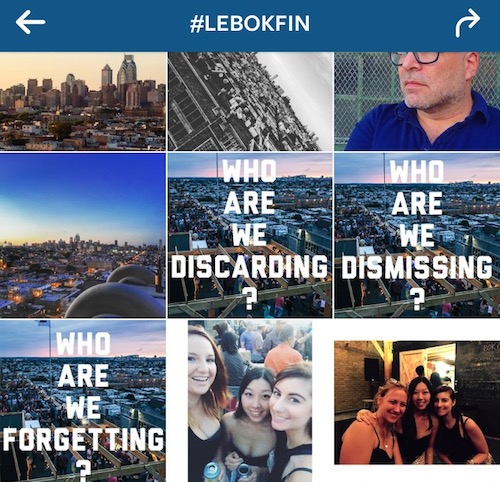 In "Optics," Philadelphia-based artist and writer Heather Holmes considers Instagram as a place and the potential of participating with it as such.

I started using Instagram in earnest around the same time I moved to Philadelphia, in 2012. Before then, I’d engaged with it tentatively, unsure of its exact function and longevity; soon, though, it became second nature. As I took up permanent residence in a city for the first time in my life, the way I viewed photography changed.

Instagram as a platform allows for and encourages hyperspecificity of time and place: geotags imbue snapshots with localized flair, and the ability to browse geotags and access the database of photos taken in the same location links individual posts to one another, creating virtual microcommunities.

Following my relocation to Philadelphia, there occurred a gradual shift in my photography practice: I was often concerned with context over content, with the ability to stamp my image with a locality and say, essentially, I was there.

Instagram even algorithmically affirmed what I hoped to be true: I was a resident of Philadelphia, I belonged there, I knew what I was doing and where I was going. The more photographs I posted and geotagged within city limits—Grindcore House, Union Transfer, The Fabric Workshop and Museum, Green Line Café—the more frequently Instagram would suggest Philadelphia-based content on my Explore page. This positive feedback loop, in which I projected images of my body in Philadelphia and Instagram in turn assured me that I did indeed live there, was one of the ways in which I acclimated to my new environment.

Digital meets physical: in retrospect, I realize that I created a virtual archive of my embodied (cold, tired, lost, sweaty, waiting for the 42 bus, giddy, drunk, scared) self-orientation to Philadelphia. My posts sometimes directly addressed this physical exploration. One of my first Instagrams in Philadelphia—since deleted—was a glittery nighttime skyscape of the city, artfully edited and filtered to appear beautiful but casual, taken near the Philadelphia Museum of Art and geotagged accordingly. The caption read philly at night, via bike.

Perhaps one of the reasons I feel less compelled to post on Instagram these days, less connected to it as a social media, is because I no longer feel like a tourist in Philadelphia. Instagram provided the ideal platform for me to publicly and uncritically perform familiarity with the city until that familiarity really did materialize in my non-digital world. Who would call me out on it in a digital space so permissive of performativity?

Instead of using Instagram as a straightforward tool through which to process real space, I find it much more interesting and critical to use it as a way to distort and toggle with reality.

Instagram allows us to view place and the body’s relationship to it in absurd and spontaneous ways. Earlier this year, I began geotagging all pictures I took in my room as located in CVS. A friend of mine often posts intimate bedroom selfies with the geotag “West Philly Area.” On Instagram, there can be at least a partial collapse of the strict categories of public and private space, a casual diffusion of intimacy into the public domain. Though this diffusion is not new, historically, the immediacy with which it is possible through Instagram is certainly a recent development. 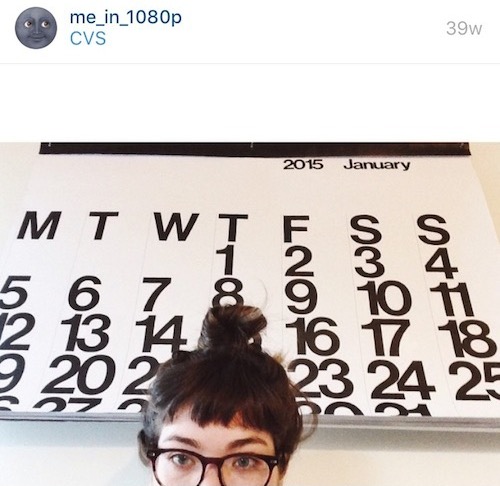 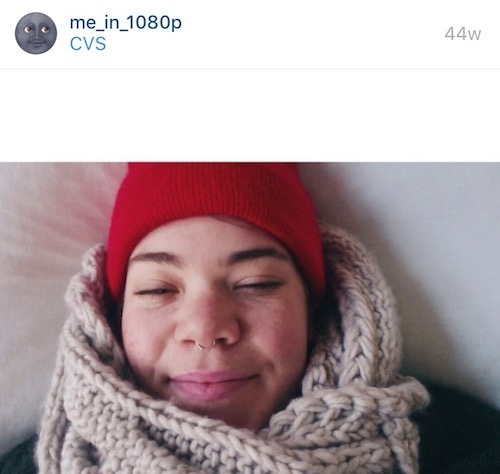 I’ve often thought of Instagram not as a place, but as a means or method through which to view, document, and archive place. Wouldn’t it be more honest, though, to try to understand it as an almost physical place in and of itself? Critiques of Instagram often hinge on the question of authenticity and the performative or dishonest veneer the app seems to engender. So-called reality is aesthetically transformed, artistically rendered, partially omitted, heavily edited: how can we ever know this person, this place, truthfully? This discourse presents only dead ends, resulting in either the total disavowal of Instagram on the grounds of inauthenticity and millennial narcissism or an uncritical embrace of it as an unfiltered and community-oriented means of experiencing the world. One way out of this discourse might be to conceptualize Instagram itself as a place where individual users may intervene.

If Instagram has radical potential, it is as a place—one whose hashtags and geotags allow for spontaneous content creating friction with one another.

This past summer, when the popup rooftop restaurant and beer garden Le Bok Fin opened its doors on the grounds of the shuttered Edward W. Bok Technical School in South Philadelphia, its patrons took to Instagram to document the skyline, the twinkling lights, the craft beers and repurposed school supplies. People online and offline held forth on gentrification and the ethics of turning a high school forced by budget cuts to close into a trendy hangout, but pictures posted with the Le Bok Fin hashtag and geotag chronicled almost nothing but young, hip urbanites enjoying themselves on the building’s eighth floor. 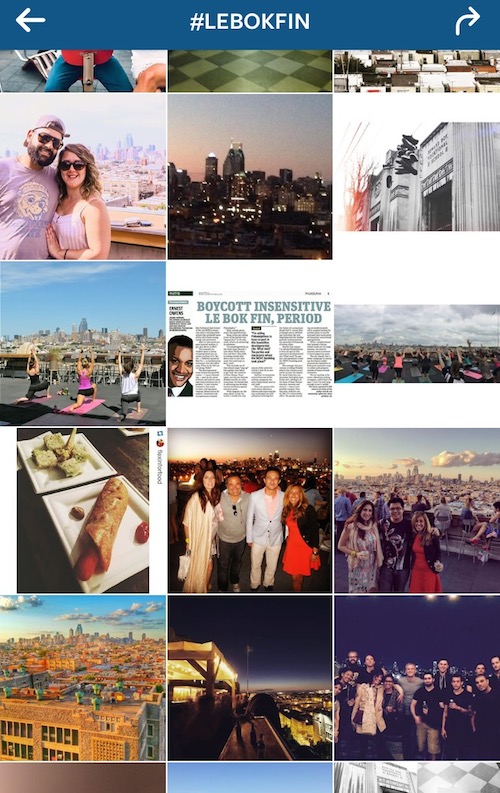 However, a closer look at the #lebokfin hashtag yields small but significant pushbacks. One user superimposed text over a picture from Le Bok Fin’s rooftop and posted it three times with variations: the pictures read, Who are we forgetting?, Who are we dismissing?, and Who are we discarding? This user employed the same visual tactics as the rest of the Instagrammers posting from Le Bok Fin: a romantic, bluish shot of the sunset from the vantage point of Le Bok Fin’s balcony, and clean white text design that slips easily into the database full of hip happy hour pictures.

It is an understated but critical intervention in this otherwise homogeneous database of photographs, one that could startle and confuse and potentially change the mind of the unassuming scroller. 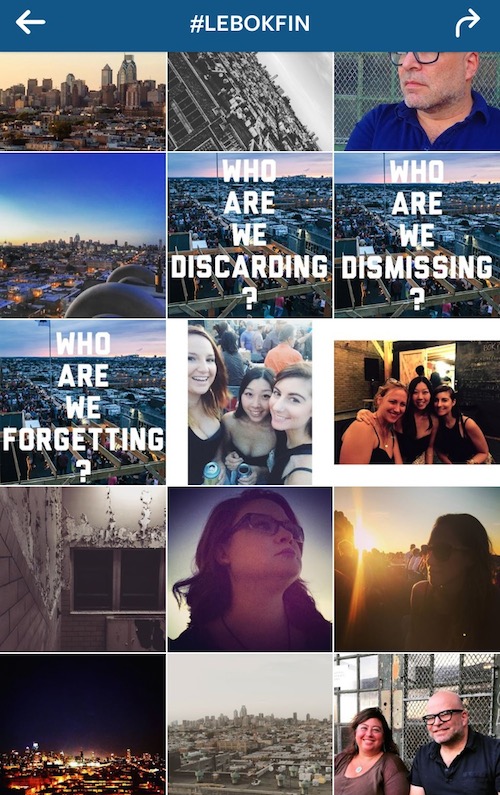 Instagram neither falls short of nor supersedes “real,” physical communities and community spaces. To acquaint oneself with Instagram is to encounter many of the attending thrills and disappointments both of engaging with physical communities. The conceptualization of Instagram as physical terrain also allows for and anticipates disturbances in that landscape. Instagram allows us to chronicle the body in relation to place, but has also itself become a place; to engage with it as such is to give credence to the notion that critical interventions on social media remain a possibility.

Heather Holmes is a Philadelphia-based writer and artist posting on Instagram as @me_in_1080p.