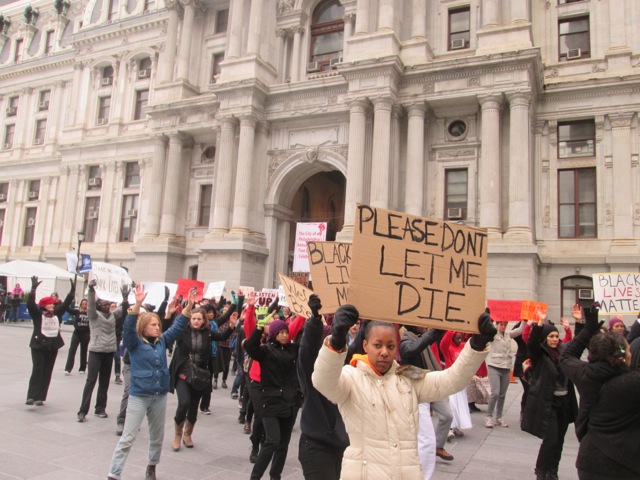 Reminds me of another thread:

Re-Member: Putting pieces together that were torn asunder. That’s the story of African lives across the Diaspora and back in the Motherland. (Africa=Motherland; Europe=Fatherland. Hmmmm.)  Re-Membering what was displaced. What they tried to erase.

Finding the bones of enslaved Africans beneath a playground.
In Philly.
Digging up the foundations of George Washington’s homestead, exposing the “slave quarters.”
In Philly.
(They buried us to erase us.)
One of the busiest ports of entry for the early slave trade.
In Philly.
The famous Philadelphia Chew family, with a street named after them in the Mt. Airy section of the city, whose wealth was based on the enslaved labor that was the life blood of their plantations.
In Philly.
In Philly. Where we were displaced—our space erased. But we emerge from these graves, like roots sprouting new growth. . . .

Sun Ra, adopted son of Philadelphia, said “space is the place.” Where is the space, the place, of Black Philadelphia—past, present, future?

It feels strange to write Black Philadelphia—or Black anyplace, thing, or where, in the Americas—because so-called “white” America is so very mixed, so much more African than we admit, than we know—than we Remember—so we must Re-Member.
(Lots of Black in non-Black. Lots of non-Black in Black. Creolized. That’s us. Americans!)
So let us Re-Member our past to make space for the place of our future.

I’m an anti-racist cultural worker weary of battling to dismantle the racial edifice. I’ve spent a couple of lifetimes as artist/scholar/consultant/talking head promulgating the possibility refashioning a future by reconsidering the past—and bringing in to the picture the invisibilized legacies and resonances of my people of African lineage. Laid under the ground, yet we laid the ground that folks of privilege claim as America.

The Black presence in Philadelphia is vital, visual, visceral—palpable. In your face.  Moving here in 1984 from my native New York City, this Dorothy knew she wasn’t in Kansas. Here was a metropolis, black on white on black, that had its own aesthetic and was more than six degrees of separation from the Black New York I’d been accustomed to. A different etiquette; different mores. (And of course: every city/town is its own space, its own place, unlike any other.) I’ve written that the Philadelphia Black lifestyle/aesthetic is more Southern than Manhattan or Harlem. More raw, yet more elegant. Old-school tough. Rigorous. Also more workaday. And then this phenom called “attitude”—pronounced atty-tood—a fog so thick it’s hard to penetrate, so subtle it’s hard to pin down. It’s Philly!

For almost two decades I felt homesick for New York City, but something turned around after 9/11/2001.  My navigation system was thrown off, and I began to accept that I was a Philadelphian.  All while grieving for the thousands who lost their lives, I wept for New York City itself—the place, the space—the way we weep and grieve for the dead. And what has happened since then? Millennial Big Apple is a gentrified, commodified, airless, racially polarized space that I barely recognize as the place/space I loved so much.

Re-PLACE-ing Philadelphia?  Philadelphia is “replacing” New York, for me! I will need to learn from Reggie Wilson, Faustin Linyekula, and Marty Pottenger—visitors to this city—how to resituate, Re-PLACE Philadelphia.