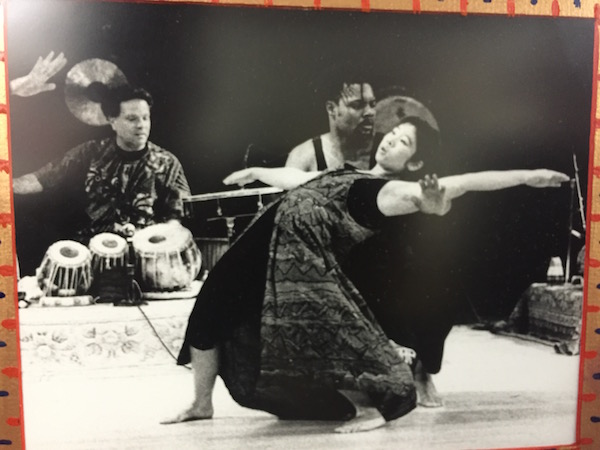 Re-PLACE-ing Philadelphia is building an expanded archive of cultural memory that includes multiple histories, re-place-ing the established with new narratives and understandings. Notes from artists and community members consider place via the street, sound, food, trees, and other portals.

Lenny Seidman has been the music curator for the Painted Bride since 1986, but he’s been employed by the Bride since 1983. In addition to being the Bride’s music curator, Lenny is a tabla player/percussionist/composer. Below are his reflections on some of the world music and jazz residencies and performances he’s curated.

The Zakir Hussain Residencies that I conceptualized and managed back in 1991 (one week) and again in 1993 (two weeks) were pivotal events that spawned new professional relationships and Philly based ensembles, some of which still exist.

These residencies involved ten Philly-based traditional drummers/percussionists and ten Philly-based dancers, all of whom represented a wide spectrum of cultures. The casts were directed by tabla maestro/composer Zakir Hussain and kathak dancer/choreographer Antonia Minnecola, and culminated in several evening-length sold-out concerts at the Bride and Swarthmore College.

This project was significant to Philly's artistic eco system for a few reasons:

1) We proved that these kind of cultural intersections could result in performances of artistic excellence, and that this proved to be a significant benchmark in merging diverse drumming and dance cultures in Philadelphia. It was so successful that the Bride was able to do a second Zakir/Antonia residency in 1993, taking the work to deeper levels. Every participant was stretched way beyond his or her norm and emerged within a much broader artistic landscape.

2) It provided significantly greater visibility for the participants who normally performed within their own cultural settings. 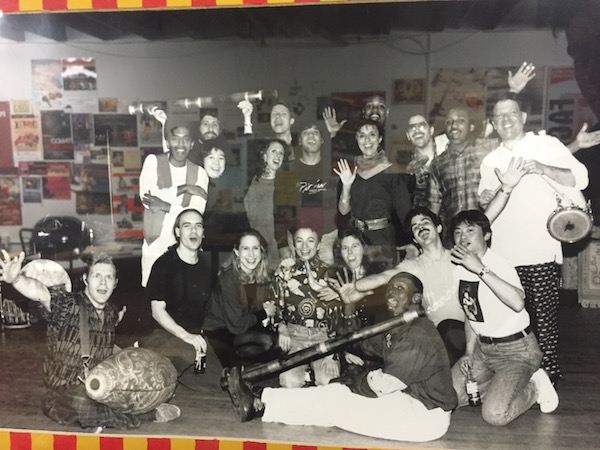 This residency was also pivotal for me personally because it convinced me to begin a ten year study with Zakir that had a monumental impact on my work as a composer and performer. From this project also spawned the Splinter Group in 1993. It included choreographer/dancers Rennie Harris and Roko Kawai, and drummers Toshi Makihara, Branavan Ganeshan, Joe Ruscitto and myself. It lasted five years, before Rennie went on to form Puremovement. This also began a 15 year working relationship with Rennie and myself culminating with my inclusion in Rennie's four year (2003-2007) international tour of Facing Mekka. And very importantly, this residency brought together for the first time Daryl Burgee and myself who would subsequently form Spoken hand Percussion Orchestra.

Spoken Hand is born and included 3 other percussionists from the residency—Jim Hamilton, Joe Ruscitto and Pablo Batista. 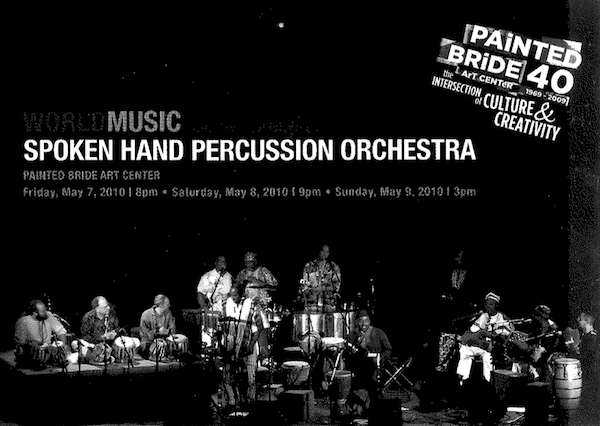 Flammable Contents, a collaboration between Spoken Hand, Rennie Harris PureMovement and Zakir Hussain. (Also growing out of the '91 & '93 residencies.) 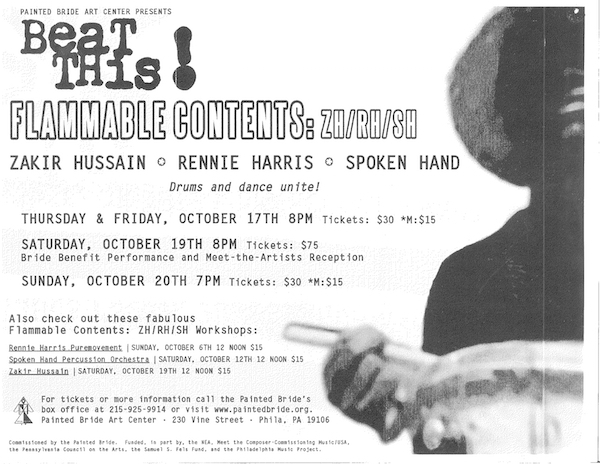 Latin Jazz All Stars, featuring Dave Valentin, Giovanni Hidalgo, Claudio Roditi, Mario Rivera, Hilton Ruiz, Steve Berrios, Andy Gonzalez. This show was so inspiring and galvanizing for the general world music and jazz communities as well as the vast Latino communities of Philadelphia and inspired young people to study at places like AMLA when Jesse Bermudez was at the helm.

Award winning trombonist/composer, arranger Papo Vazquez was born and grew up in North Philly. He performed with his Mighty Pirates Troubadours several times at the Bride and has given countless workshops for the Latino students at AMLA.

I brought John Hollenbeck (drummer/composer/arranger/band leader) to the Bride in 2009 to conduct a two-week residency for twelve Philly jazz players to create new work for a large ensemble. The title “Big Ears” was chosen because of the genre defying nature of his music. I selected John Hollenbeck for this project because I was drawn into his quirky, highly visual, complex yet simple compositions that obliterated genres. I felt that he was an original, a one of a kind composer and a great communicator/mentor.

The impact was powerful for John (his first project of this nature and magnitude) as well as the Philly musicians. They all had a tremendous learning experience and made new significant connections. Two particularly noteworthy examples are percussionist Patricia Franceschy and pianist Matthew Mitchell who joined John Hollenbeck's touring bands. Their new visibility led them both to moving to New York where they are now part of several other very prominent ensembles as well and have since formed their own. 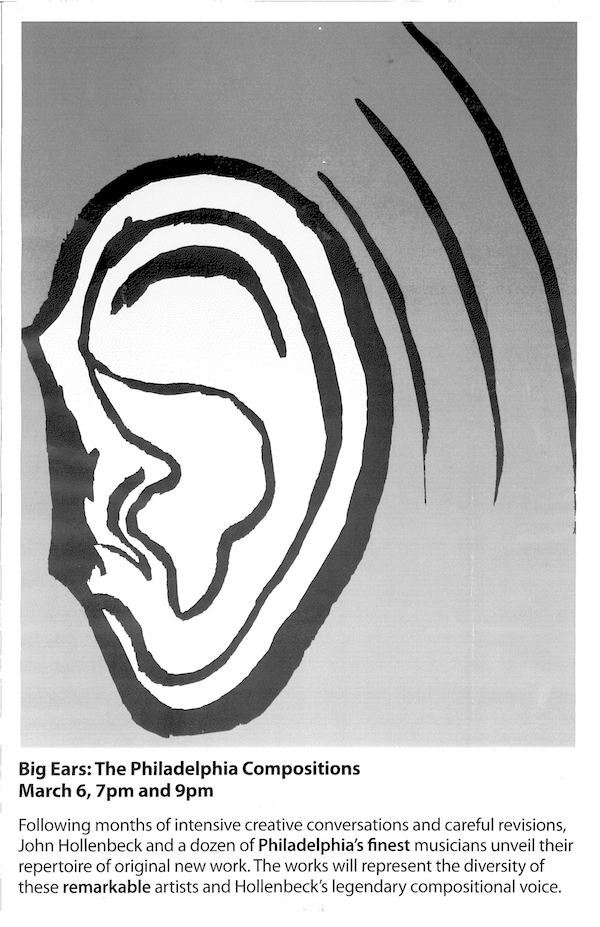 Fresh Cut Orchestra. Home grown band. We commissioned Josh Lawrence, Jason Fraticelli and Anwar Marshall to put a tentet together which resulted in the concert-of-the-year. And they are still going strong having released their first CD and played both the Kimmel Center and Kennedy Center recently.