Re-PLACE-ing Artist/Thinker Marty Pottenger is collecting tree stories from around Philadelphia as a way for individuals to re-anchor and re-place in their personal relationships and narratives with nature. Joan K. Sloan responds.

One day back in the late 80’s I received a call from my mother informing me that my dad had been arrested and taken down to the police station. My Dad?!!  I couldn’t believe it. “Mom, what did daddy do?”  My mom replied, “You know your dad, he did something he had no business doing. He chopped down those two cherry blossom trees next to our house.”

I loved those cherry blossom trees. Every time I would visit my parents during “blooming season” I marveled at the delicate pink flowers that gave the trees their fullness and natural beauty. And those blossoms made our freshly painted red and white corner house look so pretty. Everybody said so. I no longer lived at home, but I’d grown up there on Gratz Street; a long and narrow city block of asphalt and cement in the heart of North Philadelphia. Not a blade of grass nor a tree was anywhere to be found.

In fact, as a young child, I’m told that I screamed and cried the first time I felt grass between my toes on a visit to Fairmount Park. I was truly a kid from the “cement jungle” as our neighborhood was called back in the day.

The cherry blossom trees, a gift of friendship from Japan to Philadelphia in the 20s, had been planted next to our home as part of the city’s beautification program in the 70s. There were even articles written about the cherry blossom trees in North Philadelphia. Those trees enriched our block, our surrounding neighborhood and gave the residents a renewed sense of pride.

When I got the call from my mom that dad had chopped down the cherry blossom trees, the neighborhood had changed over the years since the trees had been planted. All my parent’s peers had moved to Germantown, Tioga or West Oak lane. Many of the blue collar jobs in the clothing industry and factories that had helped people raise and support their families had closed or moved away. The new people who moved in were much younger and the new industry of choice or by default was the drug trade.

The drug dealers were stashing there drugs in the tree and they were conducting their drug transactions under the darkness of the trees at night. My dad witnessed this as he came home late from his job as a bus driver and he and mom could also see what was going on from our front window. My dad called the police numerous times with no resolution. And, knowing him as the activist he was, he probably called everyone he knew in city government as well. He even railed against the drug dealers directly, all to no avail. So he took matters into his own hands.

My dad used a saw to cut down both of the trees beside our house. And when he did the drug dealers called the cops.  They said that Mr. Brown was chopping down property that didn’t belong to him. When the police arrived my dad told his story; but their response was, “Mr. Brown, you just can’t go around chopping trees down. We’re going to have to take you down to the station house”. To which my dad replied, “Fine, but I have to go and take care of Nan and Brownie first.

Nan and Brownie were two little old ladies, mother and daughter in their early 80s and late 90’s respectively, that my mom had met at bingo. My mom, initially, and then my dad had been looking out for them ever since. At the time the police arrived it was time for my dad to put Nan and Brownie on the “pot”; chamber pot that is, also known as a portable toilet.

As unlikely as it would seem today, the policemen took my dad to Nan and Brownies, who lived just a few blocks away. They waited while my dad trudged up three flights of steps (where the little old ladies chose to stay even though they owned the entire brownstone) to put Nan and Brownie on the pot.

They finally took my dad to the police station and released him without pressing any charges for chopping down those cherry blossom trees. Shortly after that my mom and dad left North Philadelphia and came to live with me. Mom’s still with me at 92 years old, but dad passed away some time ago.  My dad’s memory lives on especially when I see a cherry blossom tree in bloom.  It always puts a smile on my face when I think of my dad taking a saw and matters into his own hands while holding the police at bay because he had to go and put Nan and Brownie on the “pot.” 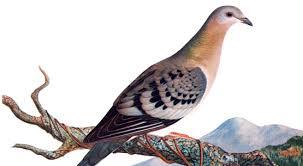