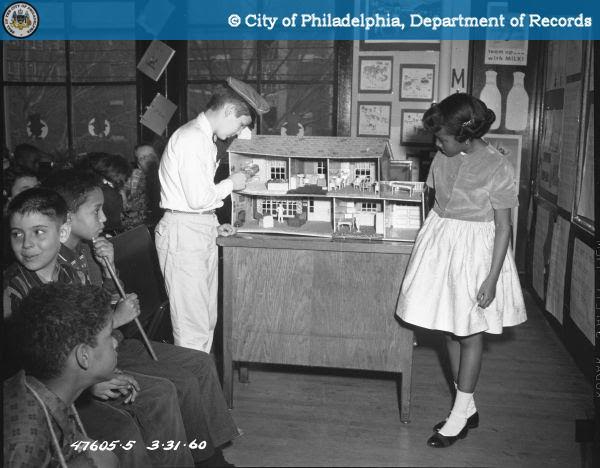 Lauren Bakst talks with Mary Ebeling about her work as a sociologist, emotional mapping, the Paul Robeson House, and the way these things will come together in creating Communities-in-Residence around the Re-PLACE-ing Philadelphia project.

Lauren Bakst: I would love to first hear a bit about your work in sociology and the way you approach that field.

Mary Ebeling: Within sociology, I would say that I’m primarily more of an ethnographer, which means that I get to do the most fun thing—I get to hang out with people and talk to them. I get to observe how they do their work and live their lives. In my work as an ethnographer, I’ve found that people are incredibly generous. In fact, I’m sometimes overwhelmed by people’s generosity, their willingness to share and open up, to let down whatever shielding they might put up—as we all do—and invite me in to their lives.

Over the years, I’ve worked in many different areas of sociology. It’s getting to be now ten years since I spent a lot of time with political exiles from Sudan. I was looking at online communities of exiles, but what that really translated to was hanging out in people’s living rooms and having tea, hearing their stories about how they became exiles and the ways they were trying to reactivate and reanimate the lives that they had left behind or lost in Khartoum online. I’ve also done things like studied how scientists do work in laboratories, breaking down how they understand particles and plasma and things that might seem to me a little like science fiction. So yeah, I would say that’s how I do sociology. I get to hang out with people and talk to them, and then, I read a lot of books, and then, I write.

LB: It seems like a really nice fit for you to be involved with Re-PLACE-ing Philadelphia because ethnography is also so much about place and the ways that people locate within a particular place.

ME: Absolutely, and I mean that’s what’s so interesting, particularly in the work I’ve done with exiles, you see that place was not necessarily where they were physically located, but actually the place that they carried in their hearts and minds. That’s what I’m interested in continuing to explore with Re-PLACE-ing Philadelphia. I want to ask people to share their psychogeographies—to write draw, dance, sing, or share them in whatever way they might manifest. I want to explore how we store emotional maps of physical places in our hearts and minds.

LB: In what way does emotional mapping manifest for you, or is that also something you’re hoping to discover for yourself through this process?

ME: As a sociologist, I also teach, and in the classroom, I explain to my students—and they’re always surprised—that I don’t have any of the answers. Rather, I have all of these materials and examples out here, that I would like to bring together with you, so that we can try to figure this out together. I feel that way about this project too. I carry around these emotional maps in my body and in my mind, and sometimes I can look at a space and not see that space in front of me but see the internal map that I’ve organized and overlaid on top of that space. I don’t know if other people map their world that way, and so what I’m asking people in Philadelphia, whoever wants to participate, is that we do this together—look into the ways we map our worlds. Maybe it’s not a visual thing, maybe it’s some kind of vibration or feeling—I don’t know. Definitely, I’m looking at the Re-PLACE-ing workshopping as a collaboration of exploration together.

It also feels significant that the first meeting is going to be at The Paul Robeson House. It’s in my old neighborhood in West Philadelphia, and it’s the last place that Paul Robeson lived before he died. It’s like this hidden place, and you would never know he lived there, except for this little sign. And so, I’m hoping that people from the immediate surrounding neighborhood will come because I can’t even imagine what stories people might be able to tell me, and the rest of us, about that house and the neighborhood that surrounds it. I was thinking I would ask people, as a way of helping the conversation get started, to bring an object from wherever their maps are. Maybe it’s a leaf from a particular tree that’s in a yard or park, or maybe it’s trash that is symbolic … I’m totally open to what the objects could be, but I think having some physical manifestation of whatever maps we hold in our minds might help.

LB: It seems exciting to have the Paul Robeson House as a space that is such a historical point of connection, somewhere people can come to with their individual places or maps in mind, but can also connect to the history resonating within the house.

ME: I’m not an expert on Paul Robeson but I remember learning about him in college. I still will never forget one of my favorite professors who taught a course on African American history and and gave several lectures about Paul Robeson—the fact that he was a communist, he went to Wales where he formed alliances with miners. He was this huge international advocate for labor, and in the 1950s he had his passport taken away. The U.S. government tried to prevent him from being this international figure. He’s someone from 20th century America who holds a lot of significance for me and I know for other Philadelphians and other Americans as well. It’s very cool that we get to be in that space.

LB: Reading your field note and also thinking about the Paul Robeson House, it seems like there is a thread running through about our relationships to homes and houses, whether it’s a place we currently live or somewhere we have lived. When you mentioned bringing an object to the first meeting, that immediately conjured the notion of home for me.

ME: I’m glad you brought up home because one of the things I suspect from living here for eight years now, and especially with West Philadelphia—there’s a lot of gentrification going on all over the city, but the significance of the changes that are happening in West Philadelphia has these historic roots. There are people around the corner from the Paul Robeson House, and I’m thinking of some particular neighbors, who are old enough that they probably were living on the block when Paul Robeson was living in that house.

One of the things that to me is interesting and also heartbreaking about Philadelphia is that the Paul Robeson House is sitting there, such a significant piece of history, and it’s kind of like you would never know it.

And I feel like that’s how Philadelphia is sometimes. For instance, West Philadelphia High School was a really significant part of the Civil Rights movement, and to this day is very active, but you would never know it, and it’s literally down the street from the Paul Robeson House. It’s those kinds of things that are connected to people’s homes, situated right next to huge significant histories that somehow in all of the changes get lost or forgotten.

LB: It’ll be interesting to see how very intimate and personal stories interweave with these places.

ME: Yes, and are part of stories that are bigger than us as individuals. 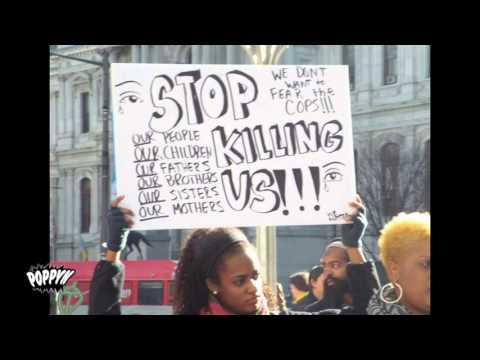 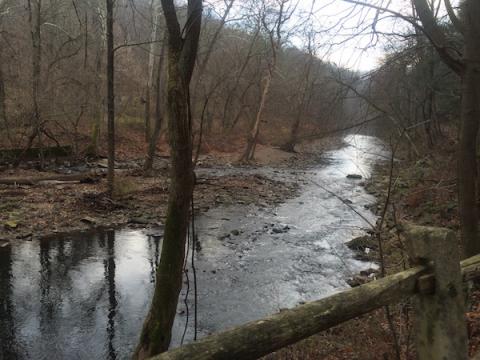