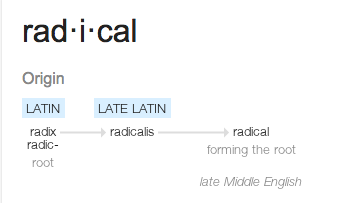 Interlocutor Lauren Bakst reflects on the points of departure for the Re-PLACE-ing Philadelphia Communities-In-Residence.

“Our environments no longer reflect history: rather they transform it into a spectacle or reduce it to the limits of a memorial. Where can it be rediscovered? In portable practices.”
Nicolas Bourriaud, The Radicant

"The crux of this work is building temporary communities, by connecting different people and practices, and causing the conditions for triggering sparks between them."
Hans Ulrich Obrist, Everything You Always Wanted to Know About Curating But Were Afraid to Ask

The above quotations were part of the matrix of research and information that helped to shape the design of Re-PLACE-ing Philadelphia. In particular, these quotes echo the languaging around the aspect of the project formerly known as “temporary communities,” and now referred to as, “Communities-In-Residence,” aka CIRs.

Temporary was deleted, and in-residence was added, in response to concerns from the project's Steering Committee that people in Philly may not elect to join communities destined to disappear. Whichever descriptor we use—temporary or in-residence—the “communities" have proven to be the most difficult-to-grasp component of this project. But in their elusiveness, they also feel to me quite radical. Donna Faye Burchfield, who serves as Artistic Advisor to this project, recently shared with me that the etymology of “radical” traces back to “of or having roots,” a sense of rooted-ness.

How might these (temporary) Communities-In-Residence animate a kind of radicality-via-rootedness?

In order to initiate this process, the Painted Bride connected with three residents who have been involved in the development of Re-PLACE-ing Philadelphia—Mary Ebeling, Julie B. Johnson, and Donnell Powell—to help imagine and give shape to this abstract notion of Communities-In-Residence. After speaking with each of them, I came away reflecting on their distinct approaches:

These three subjects and verbs could certainly be interchanged, but the list above speaks to the specific epistemologies, or ways of knowing, that each person uses daily and will bring to the programs they are facilitating. Mary, an ethnographer and anthropologist, recently held her first gathering at the Paul Robeson house, during which participants were invited to explore affective map-making. Julie is hosting a series of movement-based workshops in October, and Donnell’s first event will be hosted in Max Paul Park, a public space he has traversed often on his walks.

Will a sense of community emerge from these gatherings? Will it be temporary or permanent? How could one begin to quantify that? Is there a desire for something lasting here, and if so, is it too much to ask?

In December, The Painted Bride will present “The Avenues” in its gallery, an exhibition by photographer Shawn Theodore documenting African-American neighborhoods in Philadelphia. As Theodore explained in a recent interview, “What I see is that racially homogenous neighborhoods and their respective cultures are on the brink of vanishing in America due to economics, gentrification, urban decay and migration.”

How might Philly citizens gather together in the wake of this vanishing-process that Theodore speaks to? If radicality is a newness that comes out of a rootedness, could we think about these Communities-In-Residence as spaces where we might re-anchor to a sense of community in new ways?

The Communities-In-Residence are unwieldy, as an abstract proposal and in actuality. But, they are also an invitation, namely an invitation to show up and take part in the becoming, the permanent temporary, of Re-PLACE-ing Philadelphia. 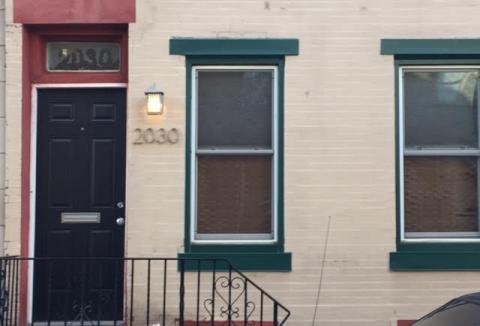