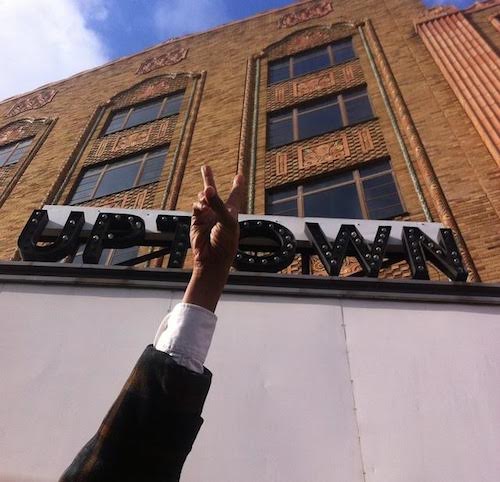 Reggie Wilson is a Re-PLACE-ing Philadelphia Artist/Thinker. Project Notes document and articulate Reggie's process and engagement with Philadelphia as he develops new work that will be presented here in April 2016.

Four of us stood in the belly of the Uptown Theater, an all too familiar February chill encouraging the closing of coats, a search for that second glove, the tightening of a scarf. We were cold. Very cold, but that didn't dull the excitement. Reggie Wilson, Lisa Nelson-Haynes and I were, meeting with Linda Richardson of the Uptown Entertainment & Development Corporation. Despite its condition, the Uptown’s status as a cosmopolitan center of entertainment, culture and community was impressed upon each of us. Linda guided us through the massive space, detailing efforts to renovate the Uptown as a community focused space and helping us dig deeper into its history, explaining that the Uptown had a subway stop accessible from inside of the theater, much like the old Wanamaker Building in Center City.

Across various trips to the city, interspersed between great food and conversation, Reggie has connected with members of Philadelphia’s Dance community. Revitalizing old bonds and building new ones, he has positioned himself to create a performance piece nurtured by the city’s history and community.

The Divine Lorraine hotel is a physical manifestation of that nurturing. A symbol of the progressive thinking and unity present in the city for years, as well as a proposed site of performance. Father Divine and his monument to inclusive citizenship have deep resonance with Reggie’s established practice and process. The streets of North Philadelphia, their deep history and community continue to be fruitful spaces for investigation.

Looking to forge connections between past, present and future, we brought Reggie to Temple’s Blockson Collection, a space so crucial in making city histories visible. Abundant in Pyramid Club yearbooks, spread across photographs of visiting entertainers and dignitaries, North Philadelphia’s history jumps off of the table. The presence and weight of all the history on view can be dizzying, but a photograph of an ad hoc baptism, galvanized Reggie’s investigation. Inspired by both religious and secular performance narratives, from black church to juke joints, the image taken in the 1930s of a multitude of white clad men, women and children being baptized by hoses on Christian St. was a tipping point.

Running out of time, he put in a request with the archivists for more information. Lisa and I were sitting in the car the next day, waiting for Reggie to finish up. Reggie climbed in the backseat eyes aglow, exclaiming, “this is IT!” 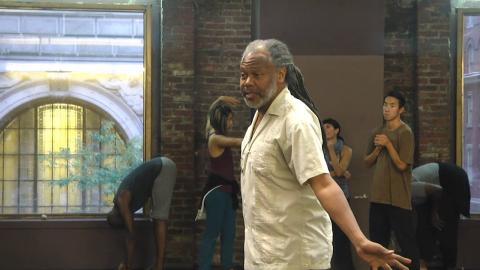