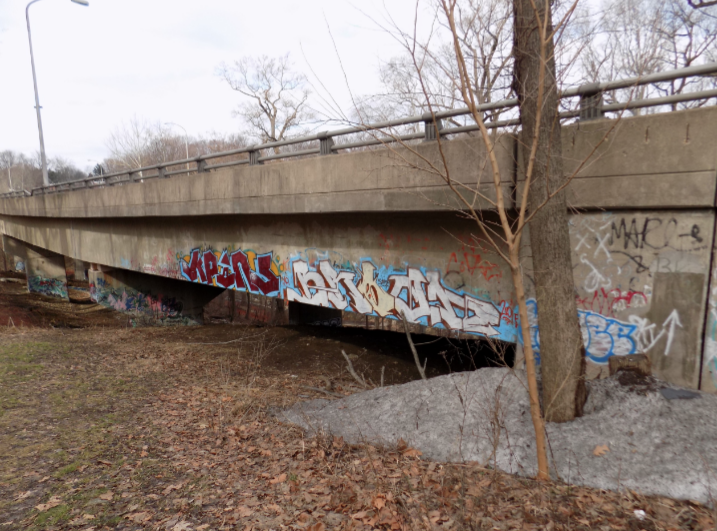 I’ve lived in the same house my whole life and when I was younger I resented that. I was in love with the idea of relocating because I wanted to explore other parts of the city. But now that I’m older I get to see the same sights I saw when I was younger from a totally different perspective and it’s like seeing things for the first time all over again. Exploring the city is fun but sometimes the greatest adventures are right in your backyard shrouded in childhood memories.

There is a bridge across from my house and the entire underside of it is covered in graffiti. The area underneath the bridge always seemed like a forbidden place to my much younger self. When I would go on hikes with my family, we would walk underneath the bridge in order to get down to a trail that would take us deeper into the Wissahickon. I would keep my head down the entire walk towards the trail because I didn’t want to get caught admiring my surroundings. Even before I knew what the word “stigma” meant, I was able to recognize the one that was attached to the underside of the bridge. A lot of people only associate that bridge with teenagers getting up to no good and I didn’t want to be put into that category. On multiple occasions, teenagers would throw parties underneath the bridge that elicited so much noise it drove my parents and my neighbors to calling the cops. Most parties were thrown on warm summer nights, so my bedroom window was open and I could hear all the racket they were making up until moments before they were busted, leading them to scramble up to their cars parked illegally along my street.

In order to get to the Wissahickon and down to the trails, you have to cross over this water run-off drain. When I was little, it seemed so much bigger to me and I always had a hard time crossing to the other side. I would maneuver my way around the graffiti because I didn’t want to step on it but I wasn’t brave enough to hop over the drain completely. Since the ground was all wet, I just assumed that the paint was wet as well and I would hate to have messed it up. So I’d take one big, brave step down into the drain, one across the steady stream of water, and another to lift myself back up onto the other side. If I was lucky, I’d step back onto solid ground instead of a mound of leaves disguising itself as the forest floor. 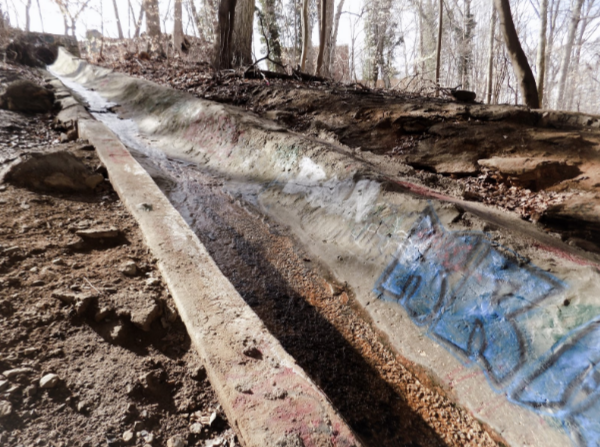 As a child, walking underneath this bridge was like entering a world of sights, sounds, and scents that I had never experienced before. Whether it was the musty odor, the muffled sounds of the cars driving above my head, or the empty bottles and cans left in a dusty pile. Exploring this bridge now, I still see all of the same things, but along with all of my memories. The memories I have attached to the walls and the sights and the sounds which are things that I never would have been able to experience again if I had never ventured back down to this staple location of my childhood.