Sound Note
From Springsteen to Song Birds
by David Murphy

David Murphy, a lover of music and 6ABC's weekday meteorologist, recalls the sounds he associates most with Philadelphia—from Springsteen concerts to the ballpark to the birds above the trees.

Bruce Springsteen was known in only a few areas when he was starting out as a teenager, including Philadelphia. His music became part of the soul of my youth here; some of my most emotional experiences were within the whirlwind of Springsteen's early concerts at the old Spectrum which often spanned four-and-a-half hours and lasted into the following day. His music is perfectly at home here. Anyone who's spent time in the city has also heard the crack of the bat at a Phillies game and the roar of the crowd rising like a wave until it fills not only the ears, but the whole head and the heart. The city's sense of humor springs out in places like the ballpark, too. I still love the guy who sells Stella Artois by bellowing a tortured "Stella!" to the crowd, ala Stanley Kowalski. But in any city park, at almost any time of year, if you listen carefully, you hear another side of this great city: rising above the shuffle of the crowd, the passing buses and even the wind, you hear songbirds, some that migrate, others that stick around all year, always happy to greet you with a happy tune that reminds you despite the mammoth proportions to which this wonderful city has grown, it is still, at its heart, an old colonial town buried within Penn's Woods, still rich in gardens and trees, with dwellings and nests lodged side-by-side. I love it all. Always have. With eyes opened, or closed. 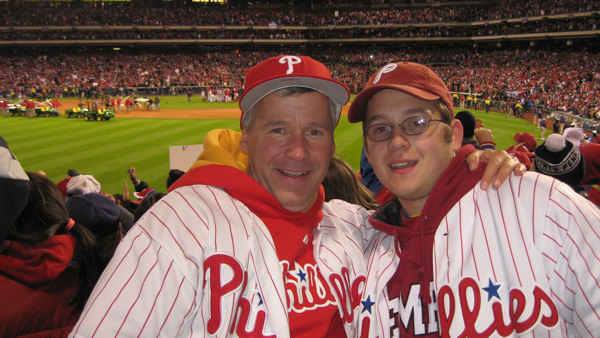