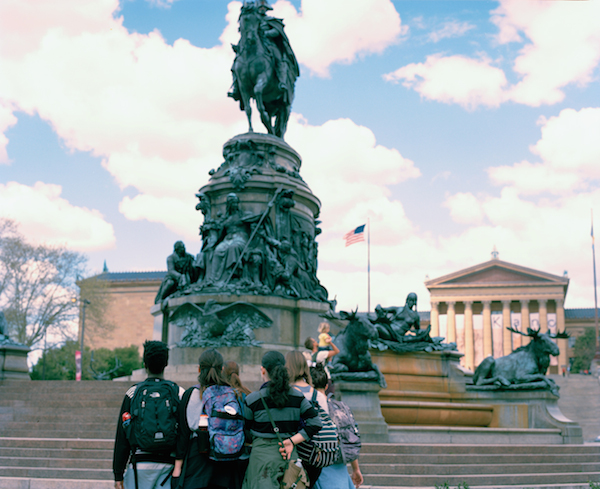 Philadelphia artist Wilmer Wilson on what makes place and the necessity of "performative pushback."

One can never be in a place other than where one physically is, and the global hyperconnectivity of our networked time cannot exempt us from that. Site specificity is inextricable from this fact of the human body—it determines the localized physical and cultural systems that make an impression on the flesh. One cannot escape. Place is assembled by these same systems: systems of material reality, comprised of physical documents like roads, buildings, and monuments; and systems of cultural memory, performed and enforced simultaneously by social groups of people. It is a combination of these two aspects, the material environment perpetually combining with the bodily performance of memory, that makes place. 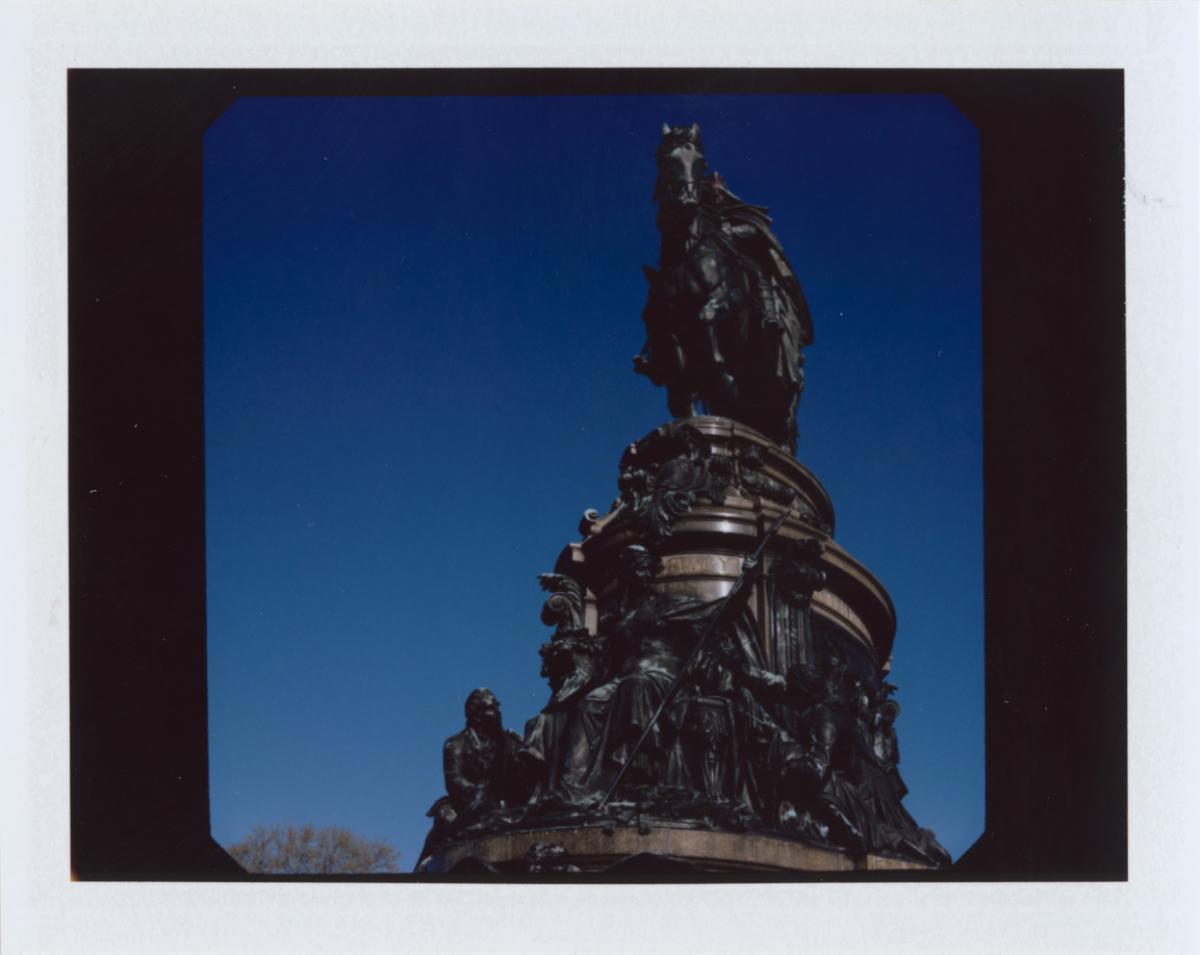 The material structures of the city represent extensive cost of resources (time, money, connections), and always have. Accordingly, they demand a similarly high expenditure of resources in order for residents to make a change to them. Because of the need to regulate city space, which stems from its heavy use and demand as well as its importance on a larger economic and legal scale, enduring physical projects have approval and construction processes that are asynchronous with daily life. Regardless, no monument or infrastructure built can represent all the citizens of a city, despite the best wishes of most planners, architects, and officials. Once monuments come into existence, they are, in their nature, unresponsive to the shifting tides of citizens and their desired projections for the city.

Urban space is a site of perpetual frictions, cropping up where the reality falls short of the expectation. In these moments, when the embodied citizen experiences displacement from the physical form of urban space, performative pushback is crucial. 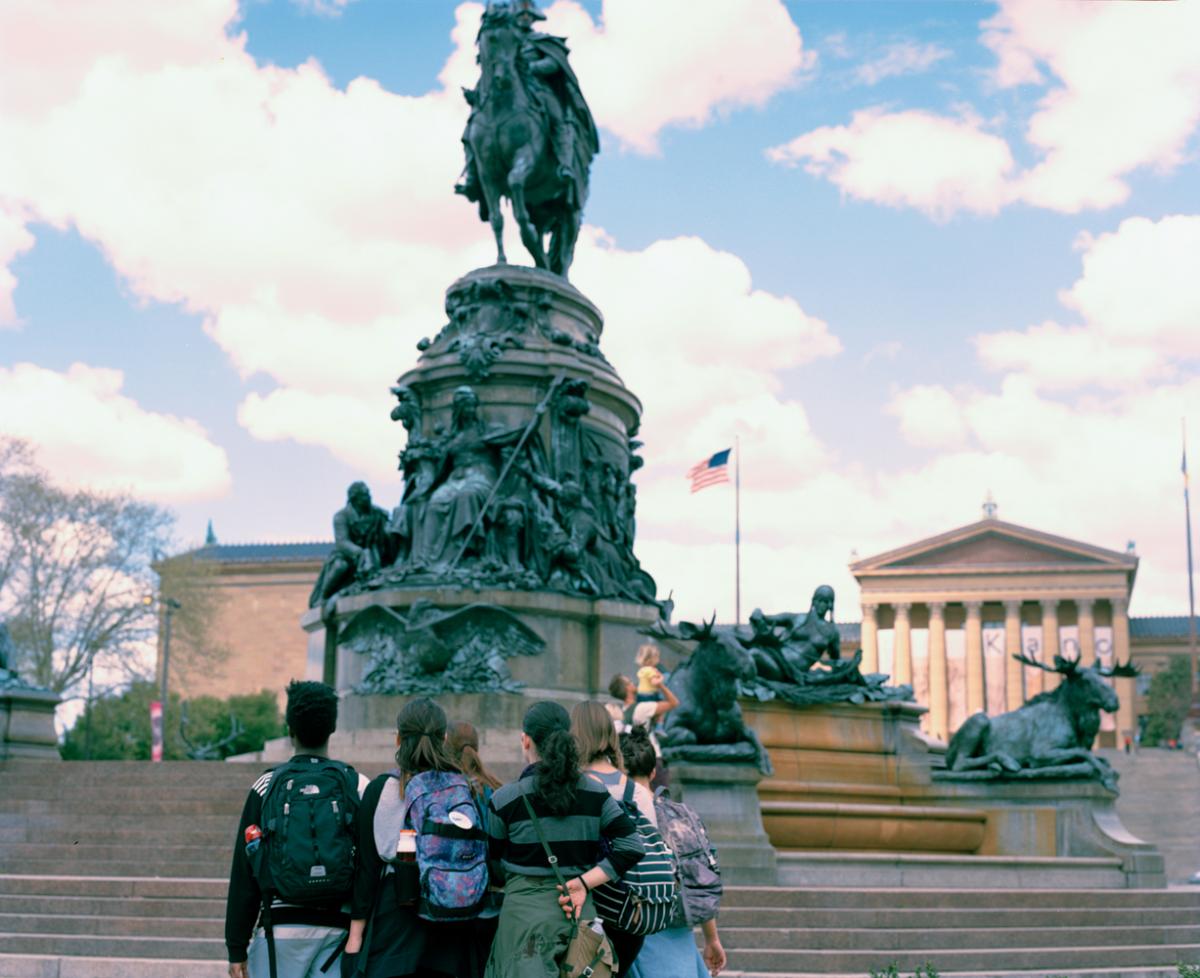 Since I began living in cities, becoming a pedestrian has been my native language for orienting myself within their massive, concrete, superhuman complexes. It tempers the efficiency strain, the impulse to move from home to work as quickly as possible and back again. How and where neighbors are, how they act towards one another, and how they wrest the function they need from their environment all become a little clearer. In the 1950s, the Situationists articulated the concept of the dérive to describe a similar process of pedestrian-ness—a self-aware wandering through an urban geography, void of all work and leisure obligations, that would begin in the wanderer the process of rediscovering a non-capitalist relationship to space. But while their focus was primarily with the geographic and architectural qualities of the city, I find that such qualities cannot be separated from the bodily relationship to, and performance of, their inhabitants. 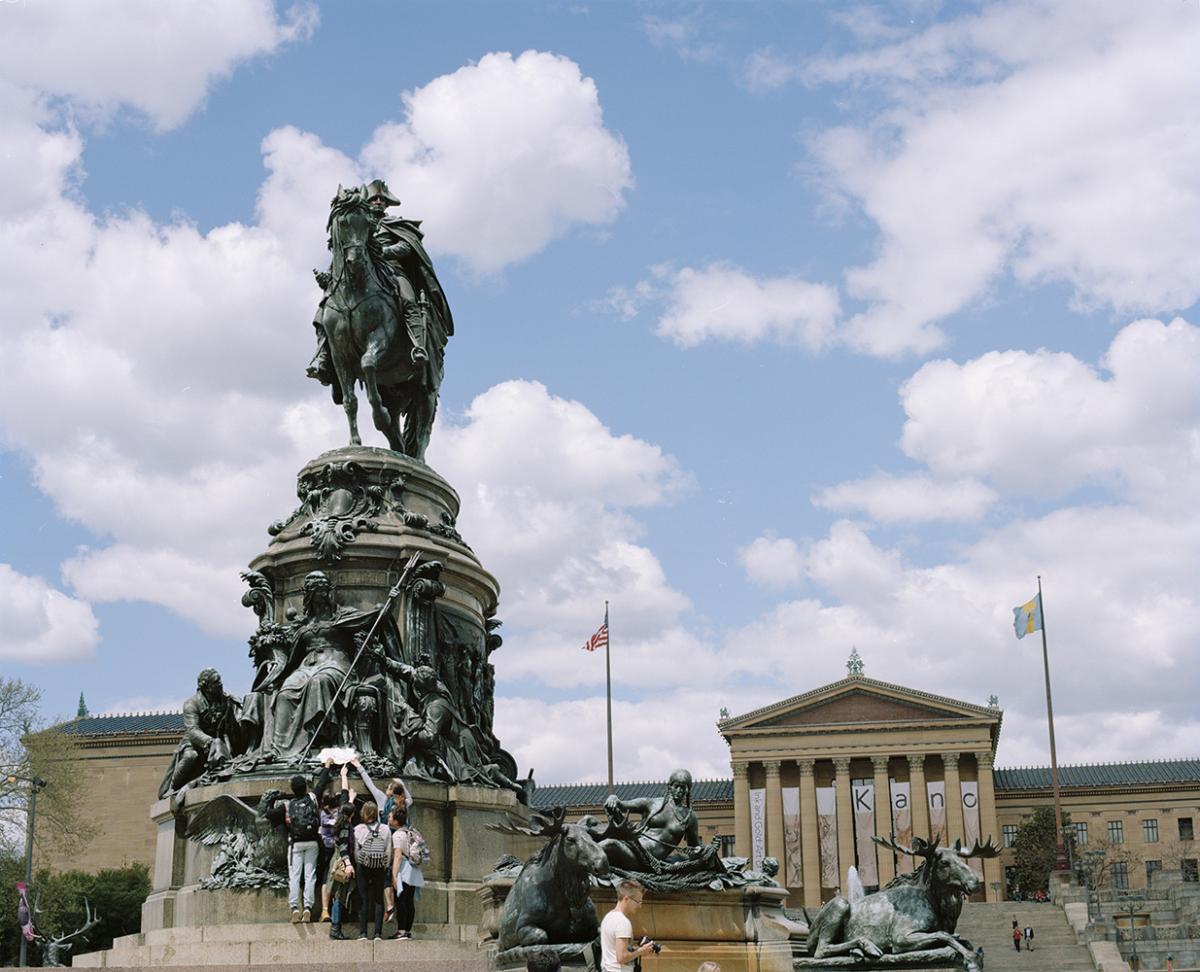 In Philadelphia there are lottery tickets on the ground. The tickets are the aftermath of a common performance, completed by anonymous performers and discarded after a spectacular letdown. They are more frequent in some parts of the city than others, but they are quietly, reliably, present in its fabric. They are present like one of the great bronzes of Philadelphia, Siemering's Washington Monument. It gives the oval of Ben Franklin Parkway as well as the Philadelphia Museum of Art a flourish of stately gravitas. Below the figure of Washington on his horse is an idealized representation of Lady Liberty, crushing chains of oppression as idealized Americans lay wreaths at her feet. For the performance Liberty Walk, a few citizen-performers from the UArts School of Dance (Julia Fisher, Ariel Arciniega, Shelby Tucker, Michael Pusey, Rosemary Prendergast, Jill Wilson) and I traversed pockets of the city collecting discarded lottery tickets. The performers then fashioned them into a laurel-style wreath, carried the wreath to the Washington Monument, and placed it atop the other wreaths offered to the ideal Lady Liberty. 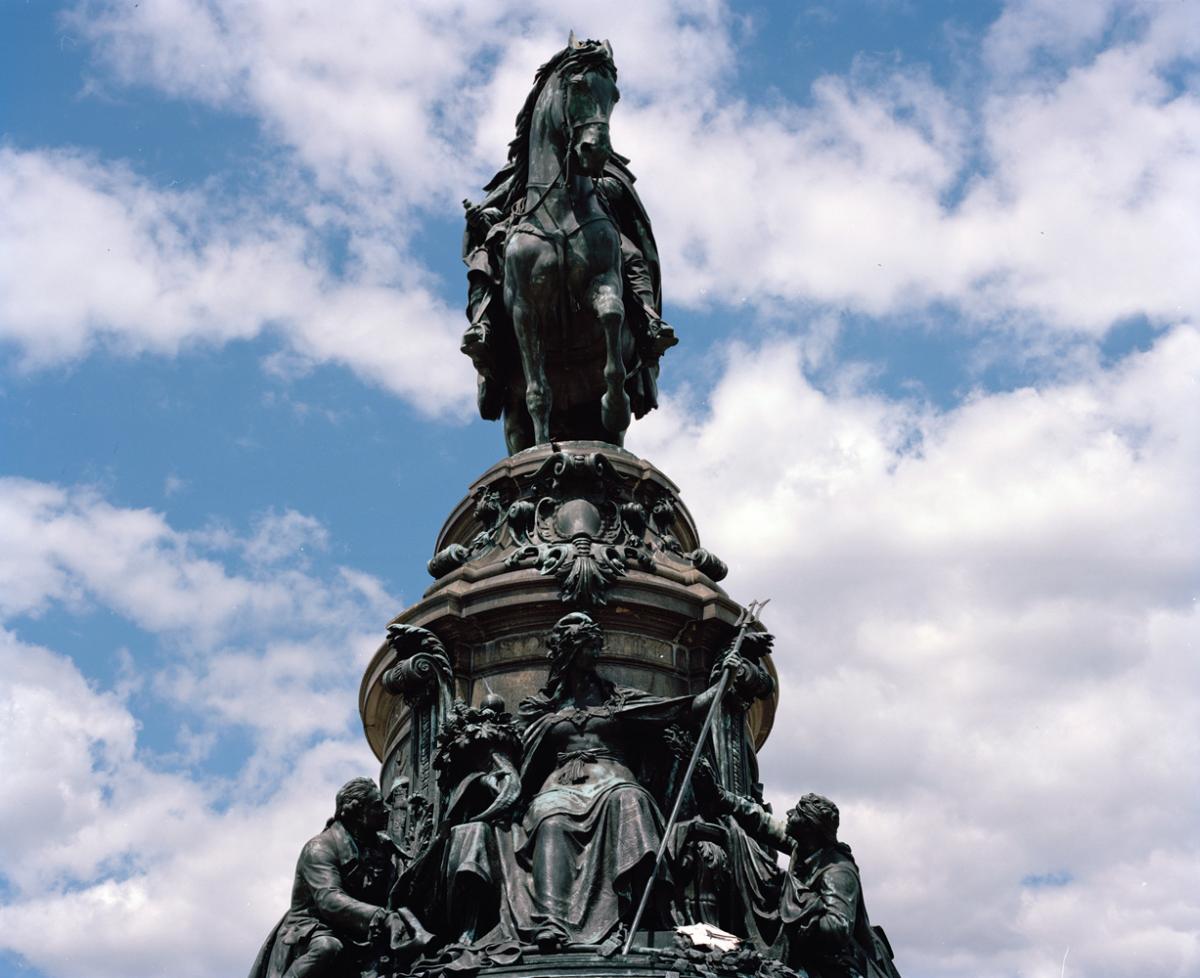 When utterly thin, marginal, ephemeral moments merge with the inherited, the solid, and the immutable, I begin to find myself in the place I am in.

Wilmer Wilson IV is an artist living in Philadelphia, PA. Information on his work can be found at www.r-e-c-u-r-r-i-n-g.info.